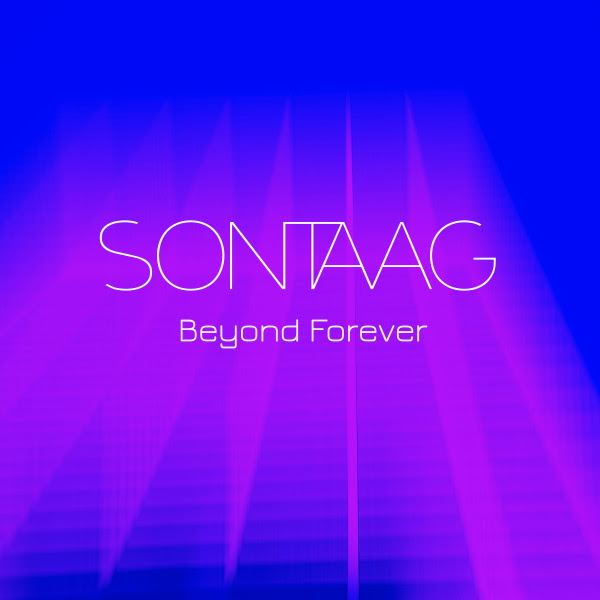 “Beyond Forever” and its companion track “Back To My Soul (both produced by Richard Sontaag) are available through Cleopatra Records via all digital platforms with cover art by Julie Cunnah.

Ian Fortnam: “Between them, these compositions form the next chapter of the Sontaag story. The conclusion of the album saw our lead character drifting away from a scene of total annihilation into an uncertain future. These songs reflect our hero’s innermost thoughts. ‘Beyond Forever’ finds him lost, alone, permanently social distanced, but ultimately optimistic, while ‘Back To My Soul’ has him searching for spiritual redemption while mourning for all that’s gone. If our first chapters were set in outer space, these next instalments play out in a terminally locked-down inner space.”

Richard Sontaag: “‘Beyond Forever’ has a kind of James Bond theme feel to it. Ages ago, I remember going to a film studio in Ealing and watching them cut together the opening credits of a Bond film, and that was a lot of fun. When we were writing ‘Beyond Forever,’ I was thinking of something that could play over a really spaced-out Bond opening. As for ‘Back To My Soul,’ I like riffs, but I’m also interested in the traditional craft of songwriting. ‘Back To My Soul’ is an attempt to combine the two.”

Steve George: “When my best buddy and I experienced the joy of playing an electric guitar for the first time, we didn’t have an amp, so we commandeered his brother Richard’s old Vox AC30. The amp kept cutting out, but that did not ruin the thrill of reproducing the riffs of ‘War Pigs,’ ‘Silver Machine’ and, sadly, ‘Smoke on the Water.’ So playing with Sontaag all this time later means that things have kind of come full circle for me.”

“Progressive restored to its original sense. By referencing the last five decades of music and film, Sontaag create a highly original sci-fi morality tale for the future, and one of the year’s most unusual listening experiences, itself crying out for movie status.” 8/10 – Classic Rock

“Just download it to your brain from the nearest orbiting space station.” – Huey Morgan, BBC Radio 2

“A spectacular collision of British eccentricity and dramatic storytelling.” – Line Of Best Fit

“Sontaag have created one of the year’s most unusual listening experiences with this 21st century take on a sci-fi morality tale.” – Shindig 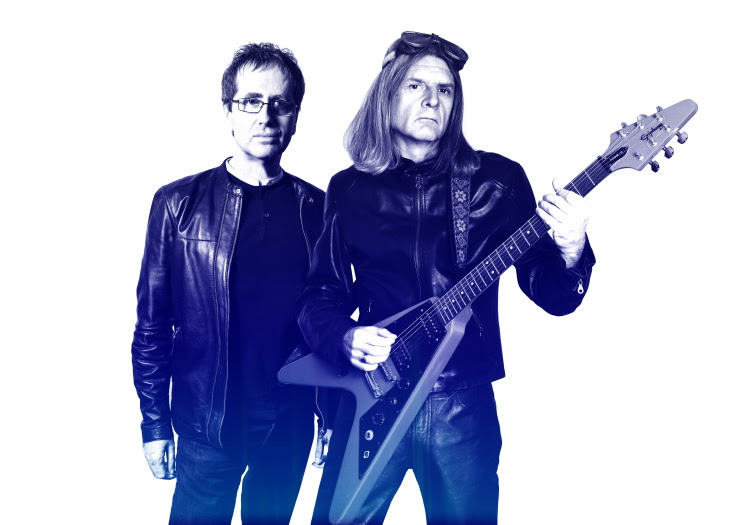 Please consider “Sacred Spaces” in the New Age category in the first round of voting.
FYC page: https://www.michaelwhalen.com/grammy
Thank you for the time and consideration.
Please be safe out there.
Very grateful,
M 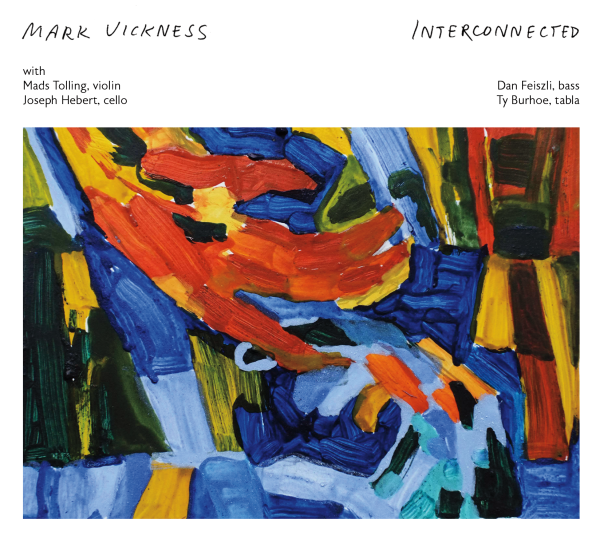 Says Mark, “The music on this recording is intended to convey interconnectedness, the reality that we live in an interconnected, interdependent world, that we are all one human race. Instrumental music is an ideal means of expressing this because it is a universal language. This ensemble is comprised of musicians who are capable of a wide range of styles from different cultures and different eras. I worked hard to write this music with interconnectedness in mind, within each piece individually and in the relationships between the pieces themselves.” 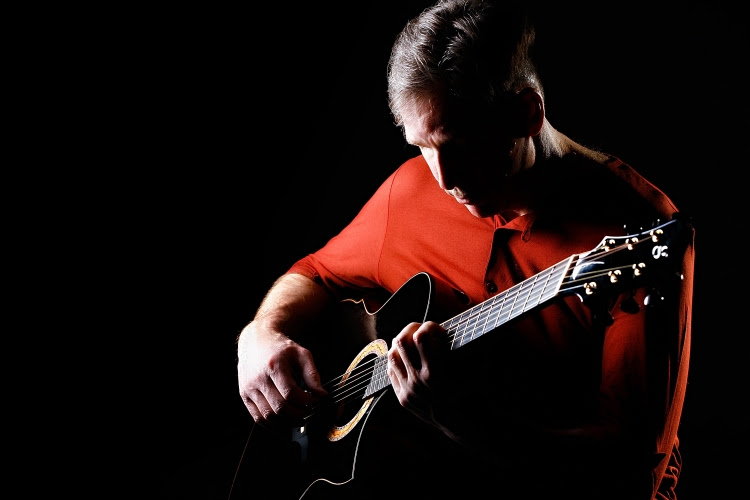 Mark began his musical training on piano at age six. The road from there to the composer/modern fingerstyle guitarist he is today included a bachelor’s and master’s degree in composition, studies in classical piano, guitar, sitar and tabla, years as a performing jazz guitarist, composer and arranger, several film scores and three decades of recording and performing as the instrumental half of the acoustic fusion duo, Glass House which has released three CD’s, two EPs and a host of widely viewed YouTube videos. Mark’s performing experience spans a huge range of genres from free improv to West African drum and dance ensembles, from Motown and funk bands to big band jazz and orchestral conducting. Schooled in composition by Pulitzer Prize winning composer, Mel Powell, Mark has recorded and performed with world renowned musicians including two time Grammy winners, The Turtle Island String Quartet, legendary bassist, Michael Manring, and guitarists Alex DiGrassi and Don Ross.

An internationally renowned violinist and composer, Mads is a two-time Grammy Award-Winner and the 2016 DownBeat Critics Poll Rising Star winning violinist. As a former nine year member of both Turtle Island Quartet and bassist Stanley Clarke’s band, Mads has spent most of his professional life touring internationally. Mads has been featured on NPR’s Morning Edition and his recordings have received rave reviews in Downbeat Magazine, Strings Magazine, The Washington Post and the San Francisco Chronicle. He has performed with The Who, Chick Corea, Ramsey Lewis, Paquito D’Rivera and many others.

Joe has recorded and performed across multiple genres with hundreds of artists including Carlos Santana, Stevie Wonder, Tower of Power and Ray Charles. He is Assistant Principal cellist with the Oakland East Bay Symphony. The Oakland Tribune describes him as “one of the most eloquently expressive cellists in the San Francisco Bay Area.

Dan has performed with such notable artists as James Moody, Raul Midon, and Mickey Hart. He has toured nationally and internationally with artists including Julio Iglesias, Nicole Yarling and Raul DiBlasio, and played in the pit orchestras for musical theatre productions including Hamilton, The Lion King and Billy Elliot. In addition to his career as a performer, Dan is featured on hundreds of recordings as both a bassist and recording engineer, and has recorded and mixed albums reaching the highest positions on the US Top 40 and Jazz Radio Charts. Dan’s work with Mark dates back years as both a bassist performing with Glass House and recording engineer for Places and Interconnected.

A disciple of the great tabla maestro, Ustad Zakir Hussain, Ty is internationally recognized for being instrumental in creating unique collaborations that weave tabla with other world traditions. He has been featured on many soundtracks including the academy award winning documentary, “Born into Brothels.” Ty has recorded and performed with a broad range of artists including Zakir Hussain, Art Lande, Bela Fleck, Walter Becker (Steely Dan), Mamadou Diabate, Kitaro, Jon Anderson (Yes) and many more. Ty’s collaboration with Mark dates back to early recordings with Glass House.

Interconnected was recorded, engineered and mixed by Dan Feiszli at his studio in El Cerrito, CA and at 25th Street Recording in Oakland, CA. The CD was mastered by Reuben Cohen at Lurssen Mastering, Burbank, CA. The CD cover art and design was done by Mateo Mok.

“The fingerstylist makes the most of this opportunity to showcase the limitless sounds and textures that can be achieved primarily with his custom Michael Greenfield steel-string guitars.” – Pat Moran, Acoustic Guitar (on Places)

“’Vickness’ acoustic compositions allow him to use his wonderful technique to convey atmospheric, emotional music that immediately draws attention. His stunning harmonics, perfect chord changes and ability to use the guitar as a percussion instrument are an amazing blend.” – Vintage Guitar Magazine

Interconnected is scheduled for release on September 15th, 2020. The group is looking forward to touring as soon as it is safe to do so. In the interim, Mark is compiling material for a third solo CD. 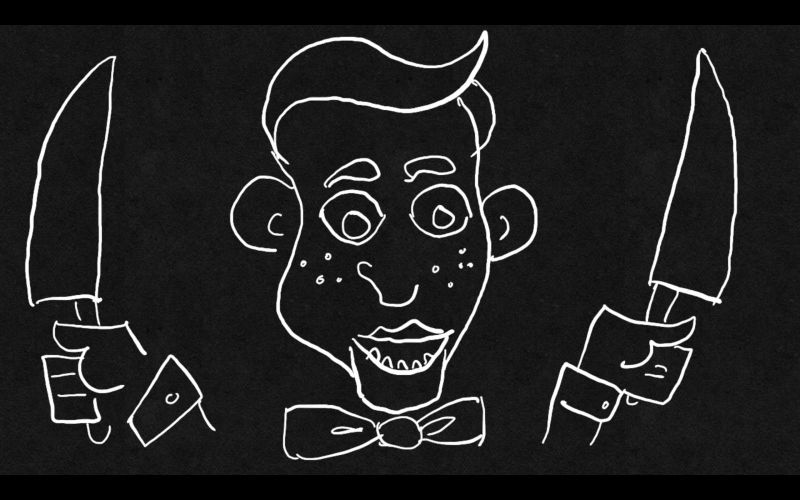 Spider shared these thoughts about the video, “I’d like to say making this video was a labor of love but it really was a test of my own sanity. What started out as some simple ‘follow the bouncing ball’ animation ended up being a challenge to see if I could actually finish this thing. Just shy of three thousand drawings later, it is what it is. Next time I attempt an animated video, I will choose a shorter song!” 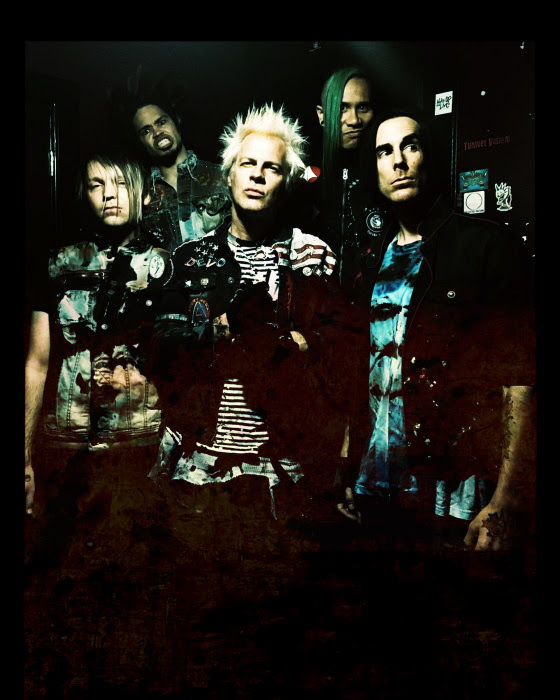 Critics and audiences are hailing PM5K’s The Noble Rot calling the album “the natural follow-up to their past work, with a divine and powerful life-igniting energy” (Indie Pulse Music) and “worth getting excited for: this is a band who still have all of their original mojo after all these years!” (Cryptic Rock). Metal Wani declares “the lyrics are offbeat, eccentric, and expertly crafted…a must-listen for fans” while Metal Trenches says “for listeners that liked them way back when and then lost touch, this is a great album to rediscover them with…the songs are consistently catchy and the band never seems to repeat themselves.” 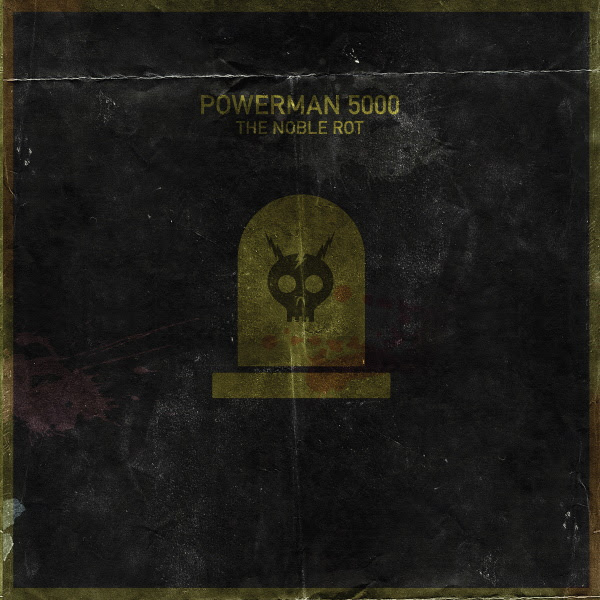 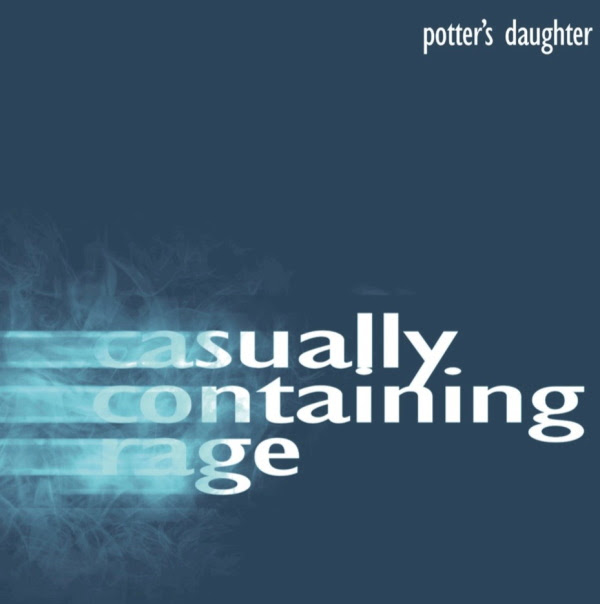 The EP will be available digitally, and on CD!

VA – Art Rock/Contemporary Jazz artist Potter’s Daughter to release EP “Casually Containing Rage” on September 15, 2020! The EP will be released by MRR and available both digitally, and as a CD.

Potter’s Daughter released their debut album, “The Blind Side,” in August 2018. In 2019 they released two singles; “Blood and Water,” featuring Annie Haslam (Renaissance) as guest artist, and the holiday single, “This Winter’s Child,” which was composed for the “MRR Holiday” album.

In March 2020 they went on tour with MRR labelmate Joe Deninzon & Stratospheerius and Dark Beauty. They were also invited to participate in several online festivals, including The Uncancelled Music Festival (April), The WorldWide Prog and Rock Virtual Festival (May), and most recently, the prestigious ProgStock Festival. (August).

1. To My Love – a completely new arrangement of their song from their debut album, The Blind Side
2. Accidentally Like A Martyr- a beautiful rendition of Warren Zevon’s song from his album, Excitable Boy
3. We Could Be – a powerful and moving song dealing with racial injustice, featuring NPR radio broadcasts about George Floyd and Ahmaud Abery.

Filmmaker Serena Künzler has created a striking video for the song “We Could Be,” which was premiered during Potter’s Daughter’s set at ProgStock 8/29/2020. 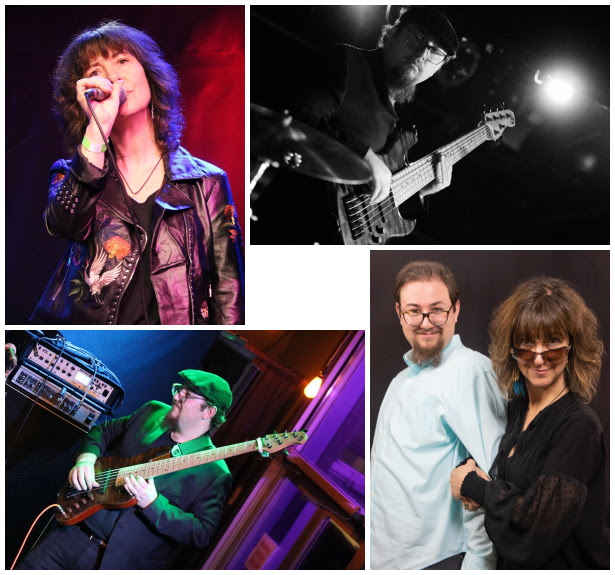