Get your own copy of the Rotcod Zzaj autobiography!!! 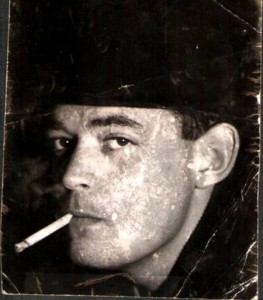 (NOTE:  after you click CHECKOUT, you can enter the DISCOUNT code)

SO – you’ve been wondering about who this “Rotcod Zzaj” character is; what makes him tick… & why he’s STILL (after nearly 70 years) prowlin’ about on the net…you’ll also see a lot of pictures that would fit in (very well) with a “throwback Thursday” theme… quite a bit of stuff from my 1960’s period….

In his own words, all the way from Pennsylvania, to Yemen, to Thailand & all corners of this fantastic globe… you’ll get the “straight skinny” from the man himself in these pages!  Here are just a few quotes to give you an idea of what you’re in for as you read my story (the previews only go up through about 1968 – to get more, you’ll have to PURCHASE it…:

(the earliest years)  “I can’t tell you exactly where all my inclination to play came from, but I can say that I’ve always felt a need to play. I grew up in a family that (though sometimes slightly dysfunctional) had one common language they could always rely on – MUSIC! ”

(mid-1960’s, boarding school)  “When I moved down to Kentucky (around 1960, I believe), I participated in a chorale run by (of all people in that region) “Doctor Pepper”… I’m not kidding, his name was Herbert Pepper, with (some kind of) a doctorate for teaching. In retrospect, considering the rather strict environment there (it was a “Holy Roller” church school that my dad had sent me to in order that he be able to conduct illicit affairs in a Cadillac hearse – another story in/of itself), I learned a lot from ol’ Herbert. He picked me for some solo works, as well as a “Youth For Christ” quartet… I must admit, we were pretty durned cute with our red vests, black bowties, black slacks & penny loafers. That musical adventure did teach me a little more about reading music, because Dr. Pepper was really hardcore about being able to read… and having groupies in the pews was a great experience for a 14-year-old.. ha! ha!” 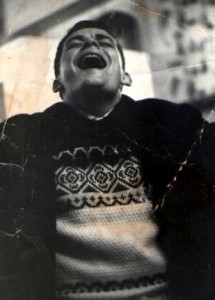 (from Germany, in 1964):  “The exchange rates (Deutsch Marks to Dollars) were far higher than they are these days, so even on meager finances (I made about $98 a month during that first year there), I could still cruise the jazz cellars, rock joints & other venues (you know, the strip clubs on Kaiserstrasse) in search of new experiences.”

“Times (in the Military) were definitely different back in the mid-‘60’s – it was pretty much understood (with any of the “good” supervisors, anyway) that as long as a young guy wasn’t breaking the law (to any serious degree, anyway), he should be allowed to “form” his personality… of course, that led to lots of opportunities “to” violate the rules… the hope was that those same young men would learn from their mistakes & not repeat them. “Honor” was a concept that was still around… if you gave your word (no matter how painful it might be to do so), you kept it! ”

I explored the joys of motorcycles, a 1966 GTO & other “guy” kind of things (like ladies – I got married in late 1968… another story too long to tell in this narrative). Southern bourbon, catfish & hushpuppies, as

well as hours-on-end of listening to the emerging artists of the day, like Sly & The Family Stone, The Who, King Crimson, The Supremes, Allman Brothers, a smattering of jazz artists & a WHOLE LOT of southern blues, was a large part of the experience there… the military was just moving into “race relations” (in great part due to situations across the Army that came close to rioting)… my awareness of those issues was already pretty keen (from real-life experiences I had in Harlem when I was preparing to move to Germany, as well as the local scene there in Huntspatch in the late ‘60’s…. they still had the separate water fountains & lots of other hill-William devices to keep “the coloreds” down), but listening to the music with the black soldiers there lent a whole lot of weight to just how intent “the man” was on keeping them (and their families) in their place. (It wasn’t until a few years later that I came to believe that “the man” is really intent on keeping us all in our place… folks with $$$, meaning “stature”, don’t want to be replaced by anyone who is “uppity” (no matter what color they are)… while that’s a political view, I believe it ultimately had a LOT TO DO with how the music of the mid-60’s to the early ‘70’s was created and evolved into such a powerful force… ”